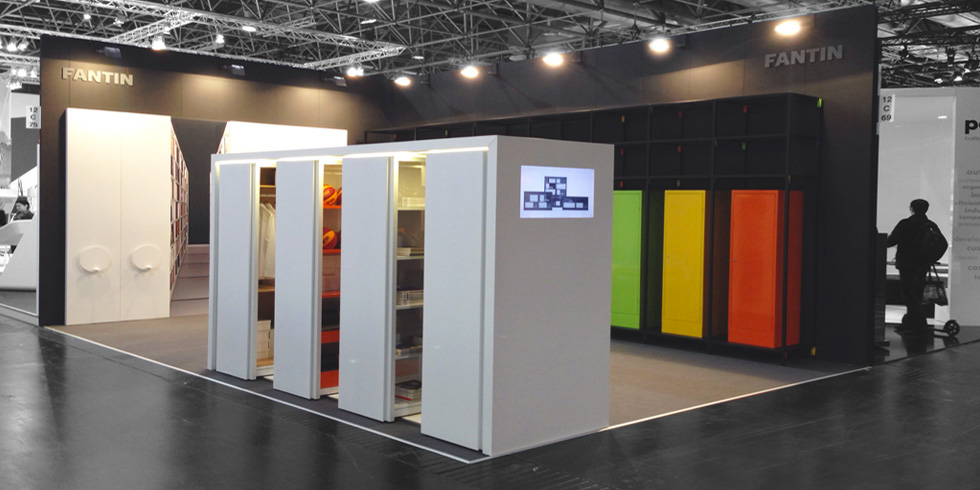 The event, which takes place every three years, was hosted as usual in Düsseldorf – Germany – and was a vital opportunity to determine the evolution of store design for the years to come.

Fantin presented the beguiling appeal and versatility of its collections to an expert international crowd, with special focus on the Uno shelving system – which celebrated its 40th anniversary in 2013 – and on the Binaria and Discoverymobile shelving systems, on which Fantin has over recent years dedicated significant research in relation to styling and technology implemented.

All the latest news and events which Fantin will be attending are listed here.